When people from Oceanview Publishing asked what I imagined on the cover of The Disposables, I had several ideas. One vision involved graffiti on a wall, some kids’ toys nearby, and a red bottle of Gatorade. Each had significance to the story, of course. The cover guy liked that idea best, and ask if we could send a photograph of what I had in mind.

I picked up some second-hand toys at the local thrift stores. Luckily, I just happened to know a professional photographer or two. We’ve not yet received the complete final cover yet, but most likely it’ll include photos on the cover by both my daughter-in-law: Heather Putnam, and my good Aussie friend from down under: Ben Orchard of Ben Orchard Photography.

After Ben shot the “art” from every angle, in the dark, and even with an ominous armed man casting a large shadow on the wall. 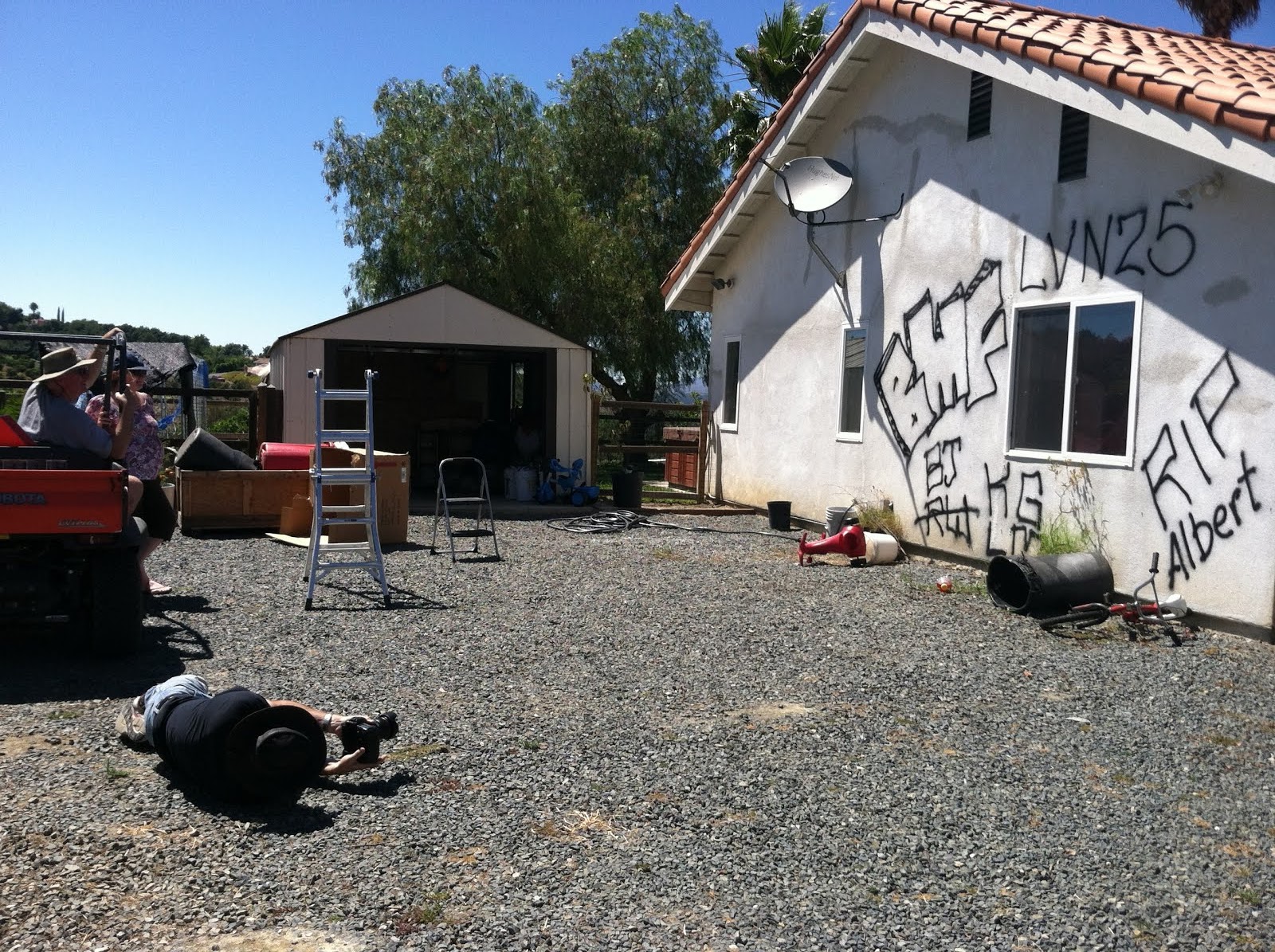 Extremely pleased with how the pictures came out, we shared just a little of the experience on facebook, and confused the heck out of some of friends and relatives… 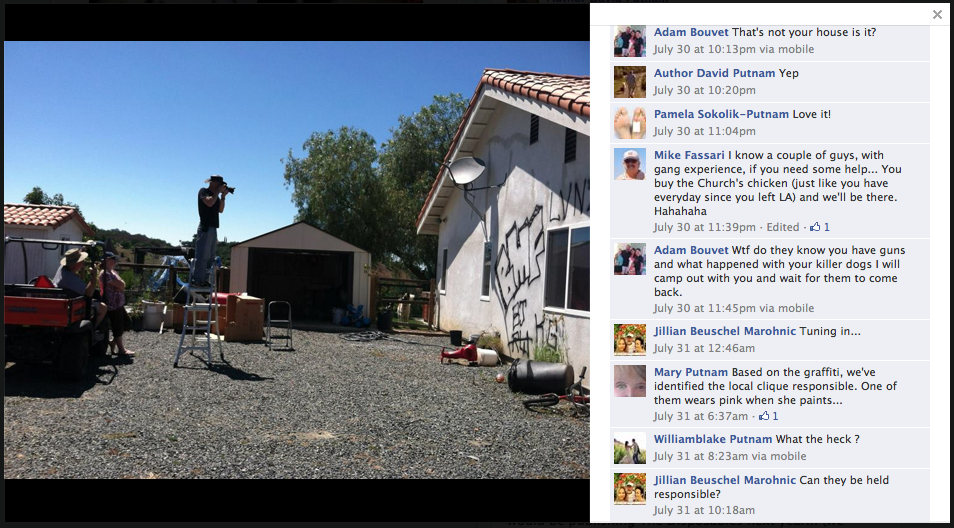 Turns out no one suspected it might’ve been an inside job on the graffiti. Although the artist I selected used to do primarily acrylics, I bought my lovely wife four cans of black spray paint for this job. She practiced a bit on some cardboard, then moved on to her biggest canvas ever: the side of our house. 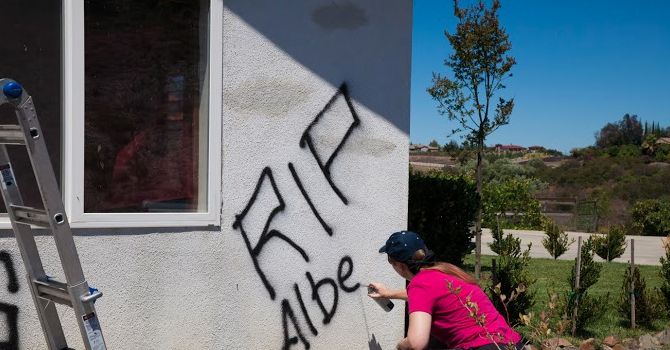 She says: “All the graffiti artists are wearing fuchsia this year.” She’s got 3+ cans of paint left, and is available for tagging your house too.

We’re already working on ideas for the next book cover. Stay tuned for news on that…